SSH is an important feature for device debugging. With Deviceplane, it's accessible in both the UI and CLI,with speeds that might surprise you.

Here's how long it takes to SSH into an AWS Lightsail instance (less than a second!):

To use SSH in the UI, navigate to the Devices page, then to a specific device, and then to the SSH tab. You should then have access to an interactive terminal in your browser. 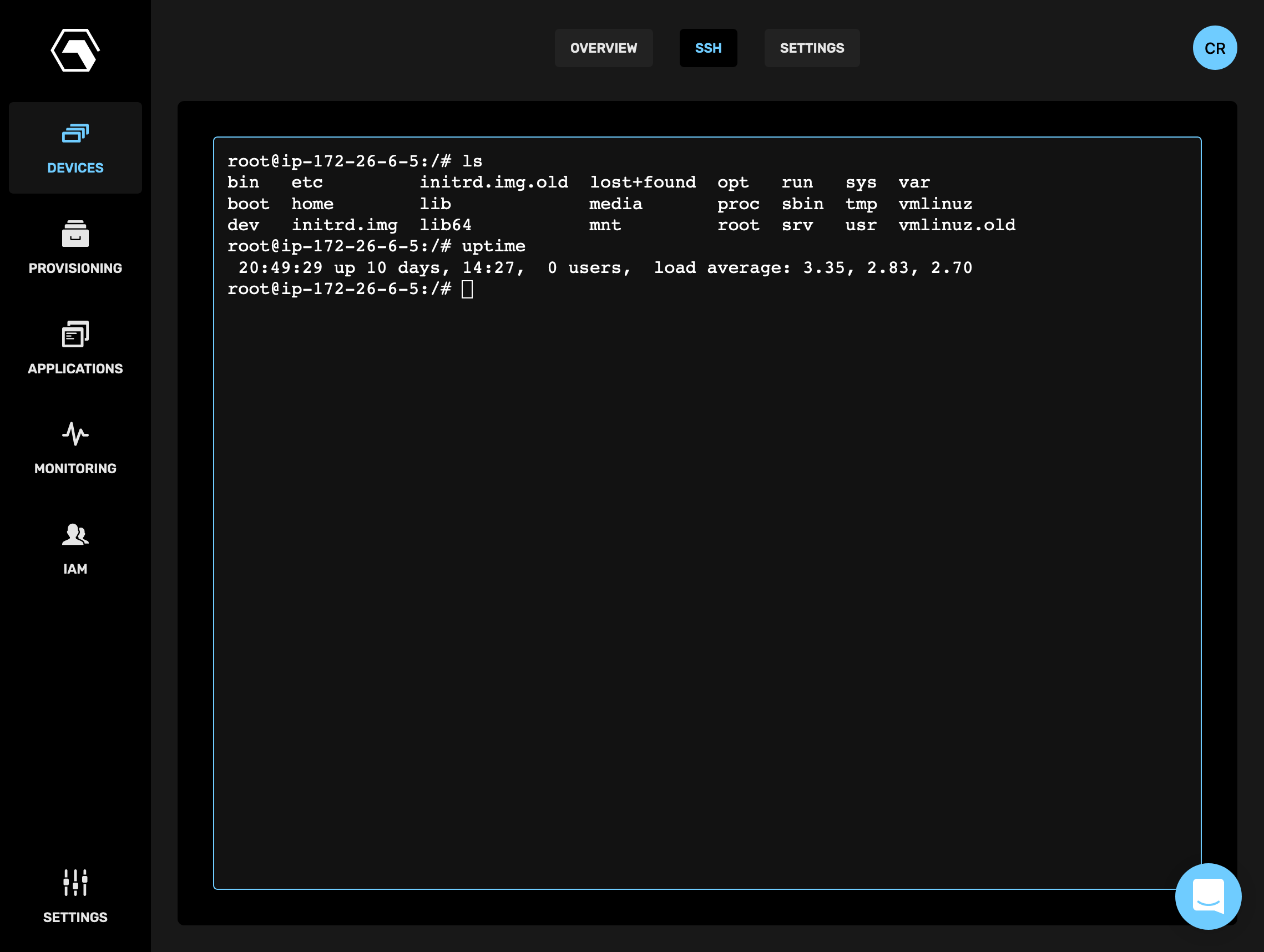 To SSH via the CLI, first set up your CLI, then run the following command:

Beyond spawning interactive shells, SSH can also be used to remotely execute commands on a device. This functionality is currently only available through the CLI.

To run commands via the CLI append the command you wish to run to the SSH command from above. For example, suppose we wanted to run cat /etc/os-release to see details on what Linux distribution a device is running.